Free Email Profit Guides
What to Write in your Emails 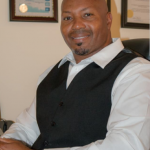 Owner & President
United Black Wealth Group, PT Limo Party Bus, PT Print Productions
Patrick L Turner
619 886-9263
pturner86@gmail.com
Community Resource Center, Educational, Limousine, Party
P.O. Box 153593
92019
https://www.facebook.com/United-Black-Wealth-Group-890382677747414/?fref=ts,https://www.facebook.com/United-Black-Wealth-Group-890382677747414/?fref=ts
https://www.facebook.com/PT-Limo-Party-Bus-251636394854842/?ref=br_rs,https://www.facebook.com/PT-Limo-Party-Bus-251636394854842/?ref=br_rs
https://www.facebook.com/ptprintproductions/,https://www.facebook.com/ptprintproductions/
http://Www.patonthebackfoundation.org
The mission of “Pat On The Back Foundation” is to offer financial support to underprivileged youth to provide them with an opportunity to participate in various sports programs, educational and cultural activities, which includes bus trips to theme park field trips; museum tours; animal park visits; and any other positive activities that benefit our youth in the community. There are many talented young kids whose parents simply can’t afford extracurricular activities and need assistance to develop their skills. Our goal is to partner with youth based organizations such as schools, churches, after school programs, colleges, and any other non profit organizations which offer enrichment programs that will develop, improve and enhance the overall lives of our youth in the community. We believe “the quality of a child’s life depends on their exposure to enrichment programs”. We plan to do our part in ensuring disadvantaged youth are afforded an opportunity to have an enriched and successful future.

Pat On The Back Foundation (POTB), was created in June 2012, by Patrick L. Turner. POTB Foundation is a 501c3 non-profit organization established to offer financial assistance and support to disadvantaged youth in the community. Patrick plans to raise funds to sponsor youth for various activities and sports, as well as donate his time and the services of his own transportation company, PT Production/Limo Party Bus.

Patrick L. Turner was born in Forth Worth, Texas . He moved to San Diego , California when he was a very young boy. He is the youngest child of nine siblings (four brothers and four sisters).

Patrick was raised by his hard working mother, who was a single parent while raising all nine kids alone. He graduated from Morse High School , where he lettered in football. He attended San Diego City College , where he also played football and studied Business Management.

As a young man, he fathered and raised his only child (Marquis Turner), and made sacrifices to raise his ill sisters’ son (Bryan Russell). Patrick kept both boys active in local youth sports while in his care. He also coached for more than 18 years in Pop Warner and San Diego Youth Football and Cheer Conference. He had the opportunity to mentor many kids who have received college scholarships to continue their pursuit of their dreams of playing college sports, as well as in the professional league.

Patrick has worked for the City of San Diego for 18 years. He decided early in his life that he didn’t want to work for someone else his entire life. In 2008, he bought his first charter bus and started up his own transportation company (PT Production Charters). He ran the charter bus service with two charter buses, for two years. In 2010, he converted the charter buses over to Limo Party buses. He was heavily involved in the design and construction of the interior to get the buses converted.

Patrick’s transportation company has played a key role in the communities of San Diego , California (place where he grew up) and Sun City , California (place where he currently resides). The buses from his transportation company are often rented out for youth services such as: Proms, Sweet 16 celebrations, Magic Mountain and Knott’s Berry Farm trips, Cheer Camp conference trips, College Tours and many more. He now feels with the blessings and success of his company, he would like to donate his time and his services to sponsor the disadvantaged youth in the community.